Samsung, after launching successful ‘Galaxy A' series mid range smartphones in the past, is now planning to extend their ‘Galaxy A' series. Recently according to Zuaba listing, Samsung is more likely to launch another mid range smartphone, Galaxy A4 codenamed as SM-A430U. The listing revealed that the smartphone would host a 5.5-inch Full HD Display. No further information about the upcoming phone is not revealed yet, but it is expected to get some of the best mid-range smartphone features. Another vital information leaked by the listing is its price i.e INR 23649 per unit. This way, we can expect it to get launched somewhere in between INR 25000 and 30000 in India. 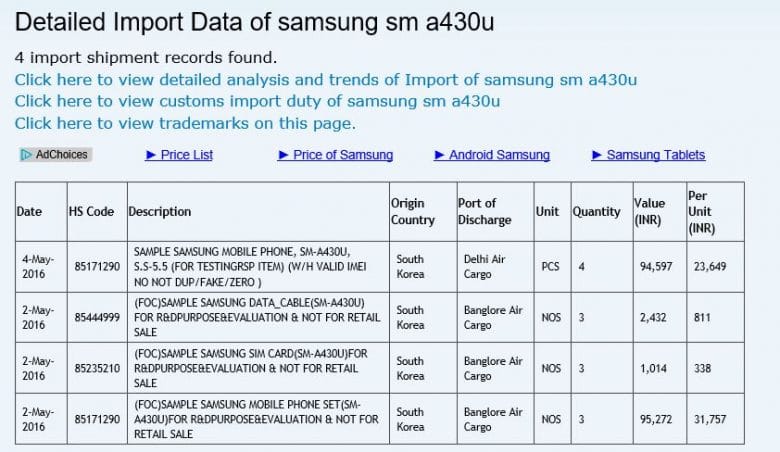 A couple of days back, real images of one of the two smartphones from the company's brand new Galaxy C Series, Samsung Galaxy C5 leaked online. Samsung Galaxy C5 to come with all metal body look and would host a powerful camera on rear with Dual tone LED flash unit. Looking at this, one thing is sure that Samsung is going to launch a couple of good mid range smartphone in the coming days.