Amidst all rumoured smartphones, Xiaomi's upcoming device, Mi 6 Plus has been reported several times in the past. Now, two new Xiaomi models, MCT8/MCE8 have been certified in China. These models could be launched as the Mi6 Plus in near future. 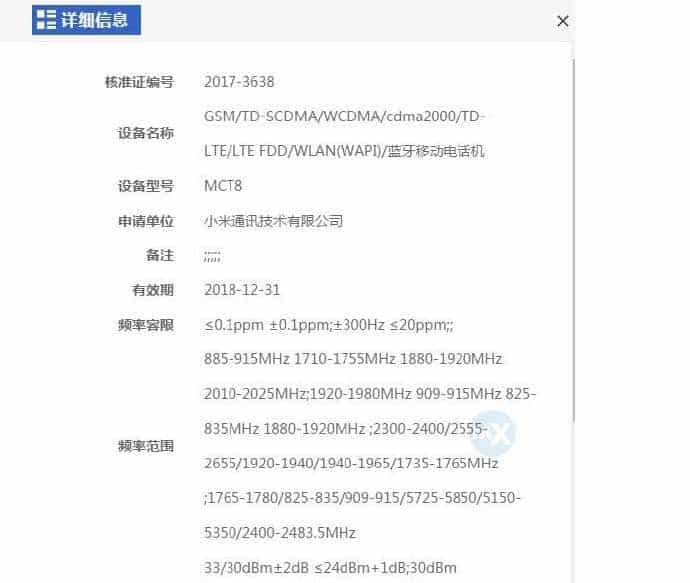 As per previous leaks and rumours, the upcoming Xiaomi Mi 6 Plus is expected to be equipped with a 5.7-inch Full HD display powered by Snapdragon 835 chipset paired with 6GB of RAM. The phone could be launched with 128GB of native storage option. Coming to the camera, the Mi 6 Plus will most probably have the same Mi6 camera with a Dual rear camera setup measuring 12-megapixel. There will be an 8-ultrapixel front snapper. A 4500 mAh battery could be fitted under the hood.