Huawei MediaPad T3 Lite 10 with a model number (BAH-xxx) has appeared on GFXBench recently. The Huawei tablet hasÂ recently received certificate from the FCC. Now, the latest GFXBench listing reveals a 10.1-inch display with a resolution of 1200×1920 pixels. Under the hood, the tablet is backed by a Snapdragon 430/5 chipset combined with 3GB of RAM. Storage-wise, the Huawei MediaPad T3 Lite 10 will be equipped with 32GB of internal storage space. 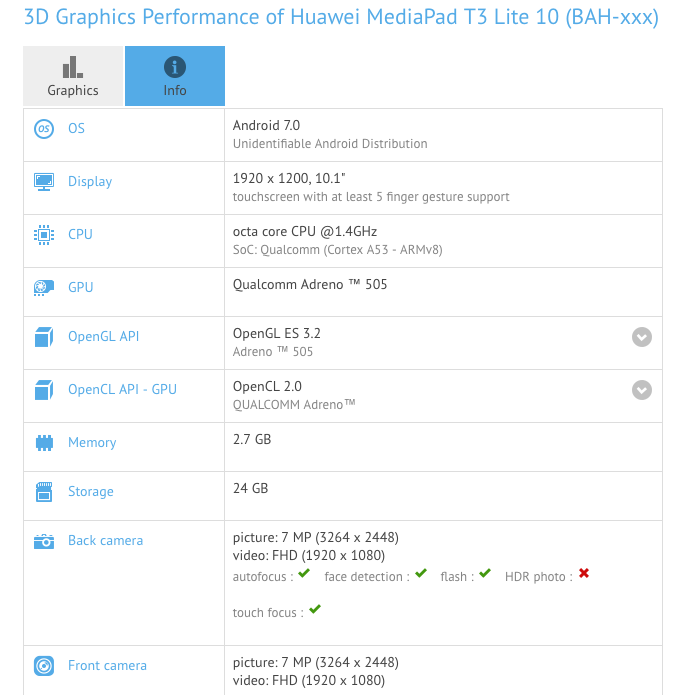 Camera-wise, there will be an 8-megapixel rear camera along with an 8-megapixel front snapper. The device will run on Android 7.0 Nougat. No other details about the tablet is revealed including its battery capacity. With this leak and previous FCC certification, the Huawei tablet could arrive to the retail shelves soon.