At MWC 2016, LG has launched its flagship device, the G5 with powerful hardware configuration and features. The unique feature of the smartphone is that it features a modular design. This feature allows users to swap in modules including batteries, camera modules and more. There have been several rumours and speculations all over the internet about LGâ€™s upcoming flagship device. No doubt, LG has come up with a great product this year. The phone is powered by Qualcomm Snapdragon 820 SoC coupled with 4GB of RAM. 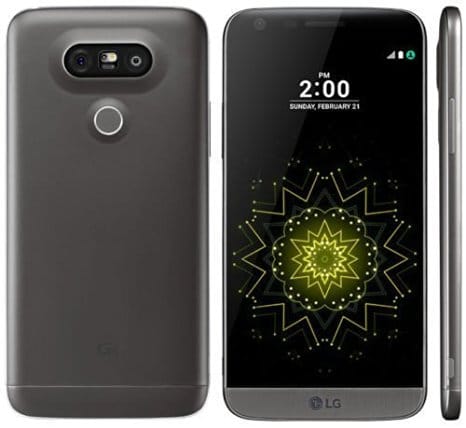 Running on Android 6.0 Marshmallow OS, the phone is wrapped in metal body, which flaunts a fingerprint scanner just below the Dual camera module like any other recently launched fingerprint scanner smartphone. Shocking part of the design is that LG has removed the power and volume buttons at the back. The dual-camera module comes with laser auto-focus for better photography.

On the display front, the phone flaunts a 5.3-inch QHD display with a pixel density of 554ppi. Storage-wise, the phone wonâ€™t disappoint you. It carries the old configuration. You will get a 32GB of internal storage space, which can be expanded with microSD card slot. After modular design, another high point of the LG G5 is its camera. The company has fitted a dual camera set up on this phone – one with a standard 16-megapixel and other is an 8-megapixel. The company claims that such camera configuration would help users to capture bigger groups, tall buildings and landscapes. On the front, you will get an 8-megapixel camera. There is no front flash.

Powered by 2,800mAh removable battery, the phone features USB Type-C port. It will be available in different color variants – Silver, Gold and Pink. So far, no exact details about the price and availability of the smartphone are disclosed by the company.