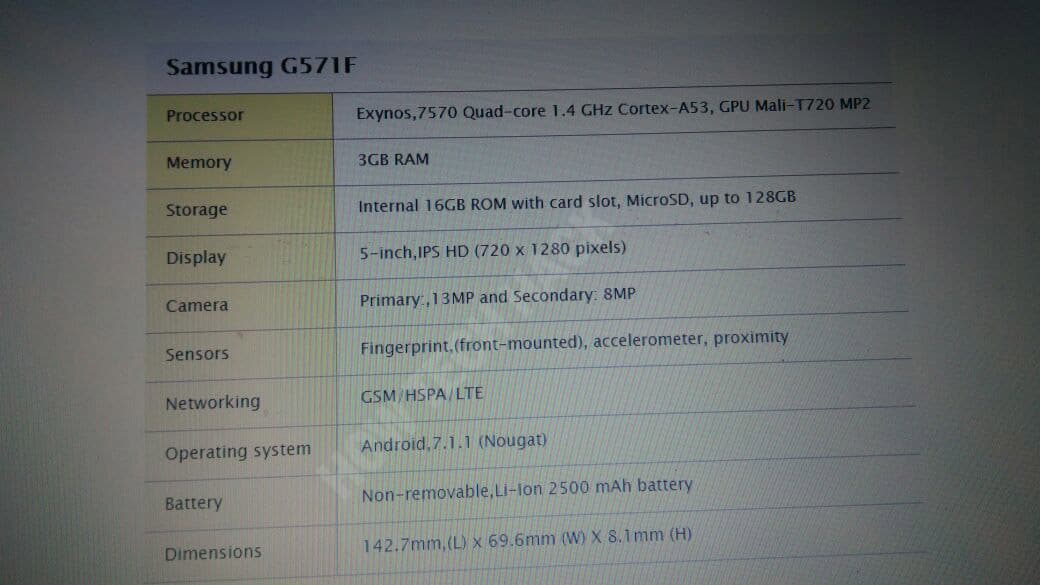 As per the leaked image, the Samsung Galaxy J5 Prime (2017) seems like a minor upgrade from its predecessor. The phone has got a 5-inch HD display, powered by an Exynos 7570 chipset paired with 3GB of RAM and 16GB of internal storage. Running on Android 7.1.1 Nougat, the only minor hardware upgrade is its front snapper – 8 MP. The rear camera is 13 MP. Battery size is also slightly increased and the device packs a 2500 mAh battery

As far as a release date is concerned, no confirmed date is announced yet. There is no two opinions that Samsung will make it official soon.