Samsung Galaxy Tab S2 9.7 WiFi model has recently appeared on a benchmark site, GeekBench. The tablet runs on Android 7.0 Nougat, as per the listing. The device is powered by an Octa core Snapdragon 652 chipset combined with 3GB of RAM. 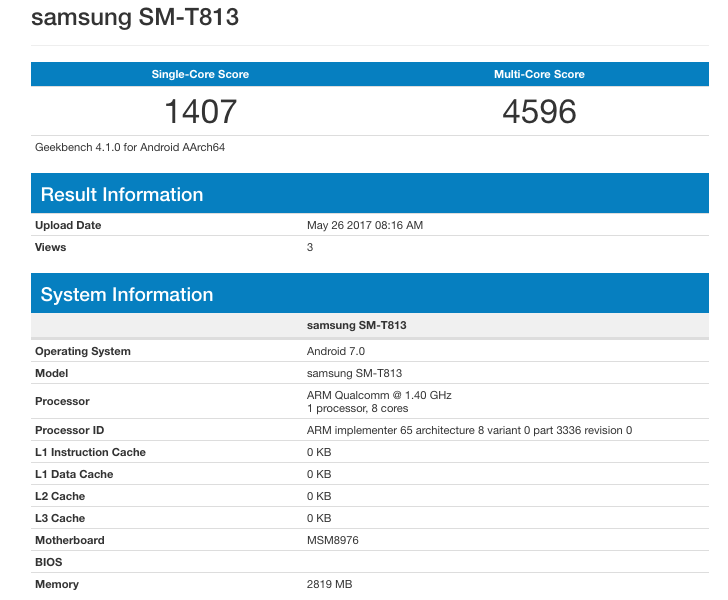 Other specs of the Galaxy Tab S2 include a 9.7-inch display with a resolution of 1536 x 2048 pixels. Camera-wise, the phone has got an 8-megapixel rear snapper and a 2.1-megapixel front facing camera. The device was released in two storage variants – 32GB and 64GB. It packs a 5870 mAh non-removable battery.Â

In the recent past, Samsung Galaxy Tab S2 8.0 and Galaxy Tab S2 9.7 have received the Android 7.0 Nougat update in select European countries weighing around 1GB.