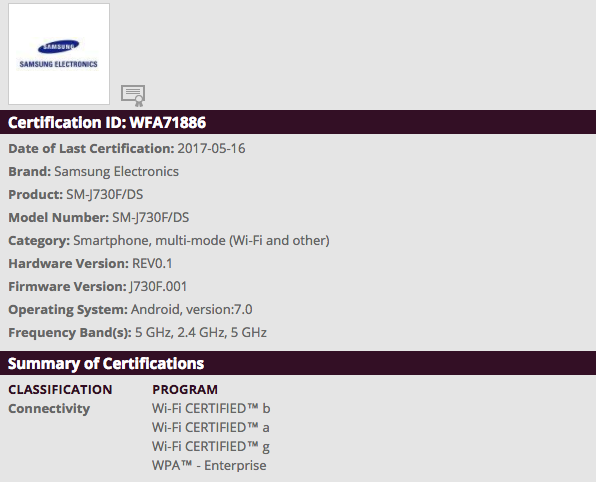 As per previous leaks and GFXBench listing, the Samsung Galaxy J7 (2017) will have a 5.5-inch Full HD display backed by an Octa core Exynos 7870 chipset paired with 3GB of RAM. The phone will have 16GB of native storage (out of which 11GB is user-available).Â

In the past, another model variant J727VL was also tipped as the Samsung Galaxy J7 (2017).