Google Pixel has been recently spotted on a benchmarking site, GeekBench. This time, the phone is listed with Android latest version, O. As per the GeekBench listing, the phone features already known specs including a Snapdragon 821 chipset coupled with 4GB of RAM. 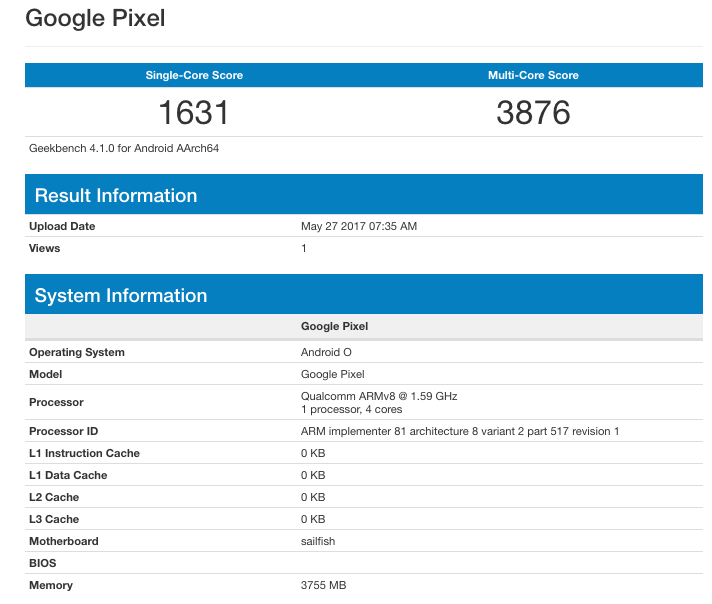 Google has recently released Android O beta version for the public at its I/O conference. As of now, the beta version can be downloaded to these smartphones – Google Nexus 5X, Nexus 6P, Pixel and Pixel XL. The beta update is around 919 MB in size, and youâ€™ll need to download this over a WiFi.