Google has launched Pixel and Pixel XL smartphones last year. In 2017, the company will unveil second generation of the Pixel and Pixel XL phones. Recently, Google Pixel XL2 has been benchmarked on GFXBench. As per the listing, the Google Pixel XL2 will carry a 5.6-inch display with a resolution of 2560 x 1312 pixels. Under the hood, the phone will be powered by Snapdragon 835 chipset combined with 4GB RAM and 128GB of storage. 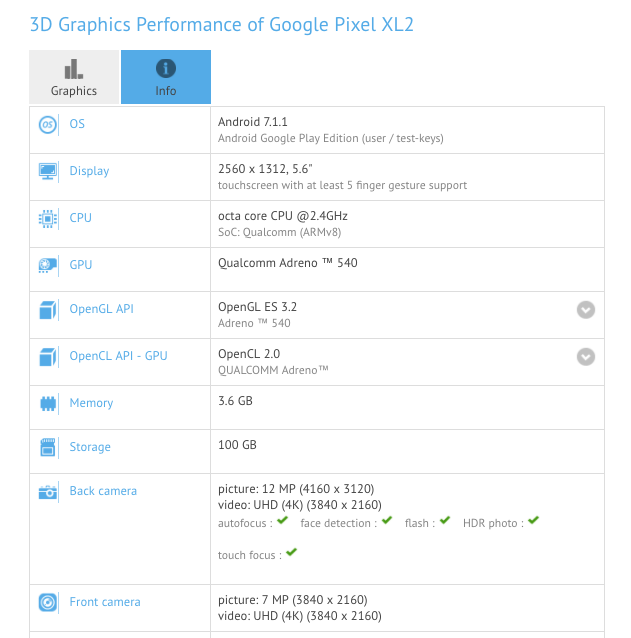 Camera-wise, the phone will have a 12-megapixel rear camera with 4K shooting capabilities. It is expected to flaunt a dual rear camera setup, as per leaks in the past. On the front, an 8-megapixel selfie camera would be added. Strangely, the phone is benchmarked with Android 7.1.1 Nougat.Â  Â