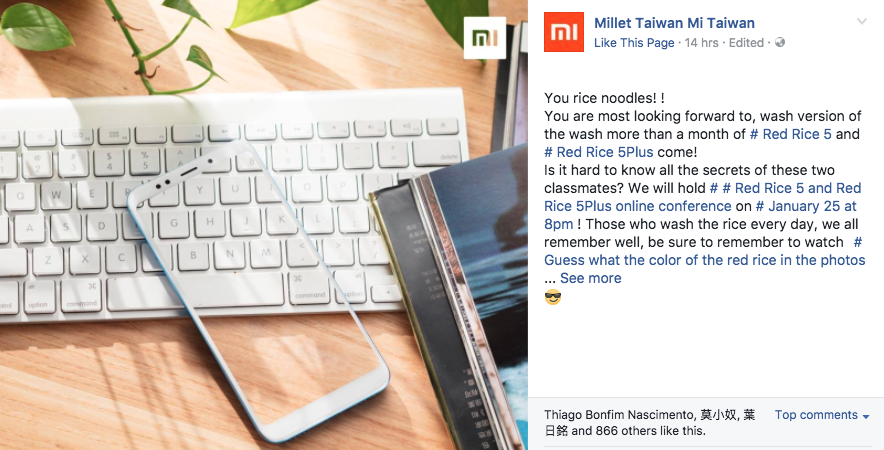 Talking about the specs of the Redmi 5, the phone has got a 5.7-inch display with a HD+ resolution of 1440 x 720 pixels, supporting an 18:9 aspect ratio. Inside, the phone is fuelled by a Qualcomm Snapdragon 450 chipset and comes in two storage variants – 2GB RAM with 16GB storage and 3GB RAM with 32GB storage. Camera-wise, the Xiaomi Redmi 5 flaunts a 12-megapixel rear camera with LED flash and a 5-megapixel front camera. The smartphone is backed by a 3,300mAh battery.

Talking about its bigger brother, Xiaomi Redmi 5 Plus sports a larger 5.99-inch Full HD+ display with 2160 x 1080 pixel resolution. A Snapdragon 625 Octa-core chipset has been installed under the hood. It comes with either 3GB or 4GB RAM and 32GB or 64GB storage. The phone is packed with a larger 4,000mAh battery.