Another Sony smartphone running on Android latest OS, v8.0 Oreo has been benchmarked. Listed as Sony H4133 on the GFXBench, the phone’s specifications hint at a mid-range smartphone. Sony H4133 has got a 5.2-inch Full HD display. Under the hood, the phone would be powered by an Octa core Snapdragon 630 and would sport the Adreno 508 GPU. RAM is 3GB, while the inbuilt storage space is 32GB. 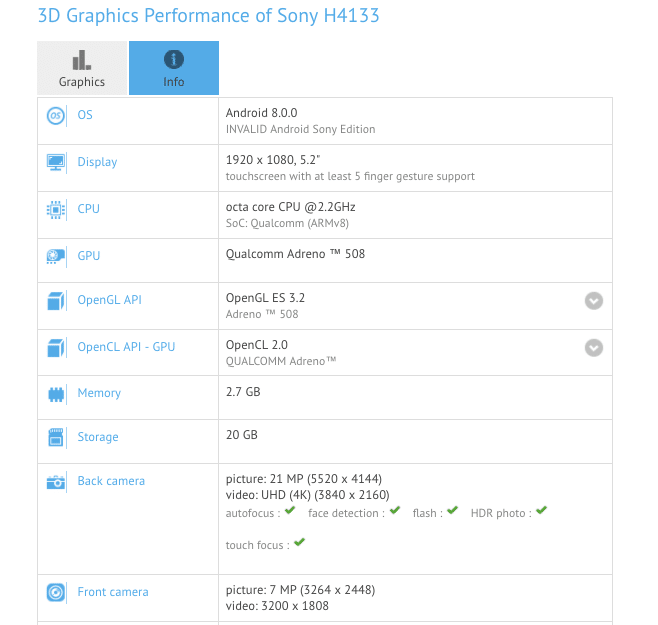 Optics-wise, the newly listed Sony device would feature a 21-megapixel rear snapper. On the front, the phone would flaunt an 8-megapixel selfie shooter. Battery details of the phone is still not confirmed.

In September, Sony H4233 was benchmarked, featuring the Snapdragon 630 chipset combined with 4GB of RAM. Display size of the phone was listed as 6-inch Full HD. A 16-megapixel front camera have been added to the device.